Mensch and Rakhmetov: the Starbucks Argument.


Four men with sharpest minds – or rather tongues – in England ganged up and tore to pieces a woman Conservative MP, Louise Mensch, who suggested in a popular satirical programme 'Have I Got News for You' that 'occupy' protesters at the City of London were not steadfast enough in their anti-capitalist action because they a: formed the longest queue in the world for Starbucks coffee; b: had fancy tents; c: used iPhones to tweet about the protest.

'You don't need to return to a barter and a Stone Age to complain about the cuts and the financial crisis?', said Ian Hislop, the feared editor of satirical magazine 'Private Eye'.

'If you buy coffee, have a tent and use iPhone your opinion is worthless?' said comedian Paul Merton.

Poor Louise, she didn't have a chance! Not against those four. On the surface, her Starbucks argument does look wide off the mark. But is she really that wrong?  At first I thought she was. After all, if Merton and Hislop think 'it's so obvious that they can't be bothered' – even though they did – then it is. Or is it?

Here is the video clip with the argument (read further below the video):

A character called Rakhmetov from the Russian novel 'What is to Be Done?' (1863) by Chernyshevsky might help to sharpen the 'Starbucks argument'.  Rakhmetov has been an icon, an ideal to aspire to for generations of Russian revolutionaries. The author describes him as an 'uncommon man' as opposed to common people and 'new people' – the ones who only reject the exploitative society, but are not ready to fight for its overthrowal. Rakhmetov developed a complicated code of behaviour, which included what he could and couldn't eat and drink and how he should and shouldn't sleep. Here is the passage that describes the code:


For the same reason he forced himself to lead a very austere life. [...] food that he ate at home was of the cheapest. He gave up white bread, and ate only black bread at his table. For whole weeks he did not taste sugar, for months together he did not touch fruit or veal or poultry, nor did he buy anything of the kind: "I have no right to spend money on a whim which I need not gratify."
Yet he had been brought upon a luxurious diet and had a keen taste, as could be seen from his remarks about food when dining out: he ate with relish many dishes which he denied himself at his own table, while there were others which he ate nowhere, and this for a well-founded reason: "Whatever the people eat, though only at intervals, I may eat also, when occasion offers. I must not eat that which is entirely out of the reach of the common people. This is necessary in order that I may feel, though but in a very slight degree, how much harder is the life of the common people than my own." So, when fruits were served, he always ate apples, but never apricots. At St.Petersburg he ate oranges, but refused them in the provinces. Because at St.Petersburg the common people eat them, which is not the case in the provinces. He ate sweets because a good cake is no worse than pie, and pie made of puff-paste is known to the common people; but he did not eat sardines.
He was always poorly clad, though fond of elegance, and in all other things lived a Spartan's life; for instance, he allowed himself no mattress and slept on felt without so much as doubling it up.
But he had one thing to trouble his conscience; he did not leave off smoking. "Without my cigar I cannot think; if that is a fact, it is not my fault; but perhaps it is due to the weakness of my will." He could not smoke bad cigars, having been brought up amid aristocratic surroundings, and he spent money for cigars at the rate of three hundred and seventy-five roubles a thousand. "Abominable weakness," as he expressed it. But it was only this weakness that made it possible for him to repel his assailants. An adversary, cornered, would say to him: "Perfection is impossible; even you smoke." Then Rakhmetoff redoubled his attacks, but aimed most of his reproaches at himself, his opponent receiving less yet without being quite forgotten.

Difficult to say how today's lattes and iPhones fit into that picture, but the idea of rejecting what accompanies affluence is there. Mensch wasn't that wrong.

Nikolay Chernyshevsky (wiki) was one of the most influential revolutionary writers of Russia. Marx valued him as the only original mind in modern economics. The founder of Russian marxism Plekhanov called his book the most important work in Russian since the invention of the printing press. Lenin knew the book almost by heart and took the title for his own work in which he defined the political principles of bolshevism.

A link to the novel in several popular formats, Kindle, ePub and PDF.
The quote is from a translation by Benjamin Tucker, Boston, 1886.
Posted by Alexander Anichkin

Email ThisBlogThis!Share to TwitterShare to FacebookShare to Pinterest
Labels: Chernyshevsky, current affairs, Ian Hislop, Louise Mensch, What is to be Done? Have I Got News for You

I think very often the Right use this argument to imply that protesting against abuses of capitalism whilst living in a capitalist country is somehow hypocritical - it's related to the "if you hate it so much then why don't you go (back) to [INSERT NAME OF COUNTRY HERE]" style of argumentation. I don't want to go back to [Russia / China / Africa / Mars / wherever] - I want the abuses in my own society to stop.

It's a total strawman, and has never held water. If you're fighting against a system, or more particularly a systematic abuse, then it's nonsensical to deny yourself a weapon on ideological grounds, especially when the abuses you're opposing already contain the seeds of their own destruction. The Occupy movement is attacking wide-scale corruption and increasingly violent corporatism; it's a simple smear tactic by those selfsame corporatists to attempt to characterise them all as "anarchists" and thereby refuse to address the accusations levelled against them. Mensch is typical of her ilk, and her parroting of the establishment ratiocination is something which should be opposed and dismantled / laid bare at every opportunity.

With Mensch, what puzzles me is whether she honestly believes in her argument, or just cynically tries to discredit the occupiers. 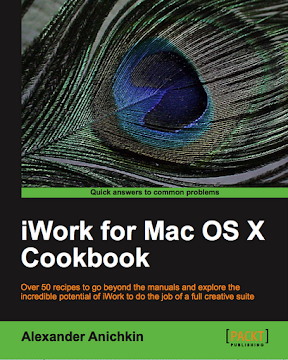 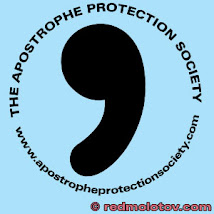